ENDING VIOLENCE AGAINST WOMEN AND GIRLS 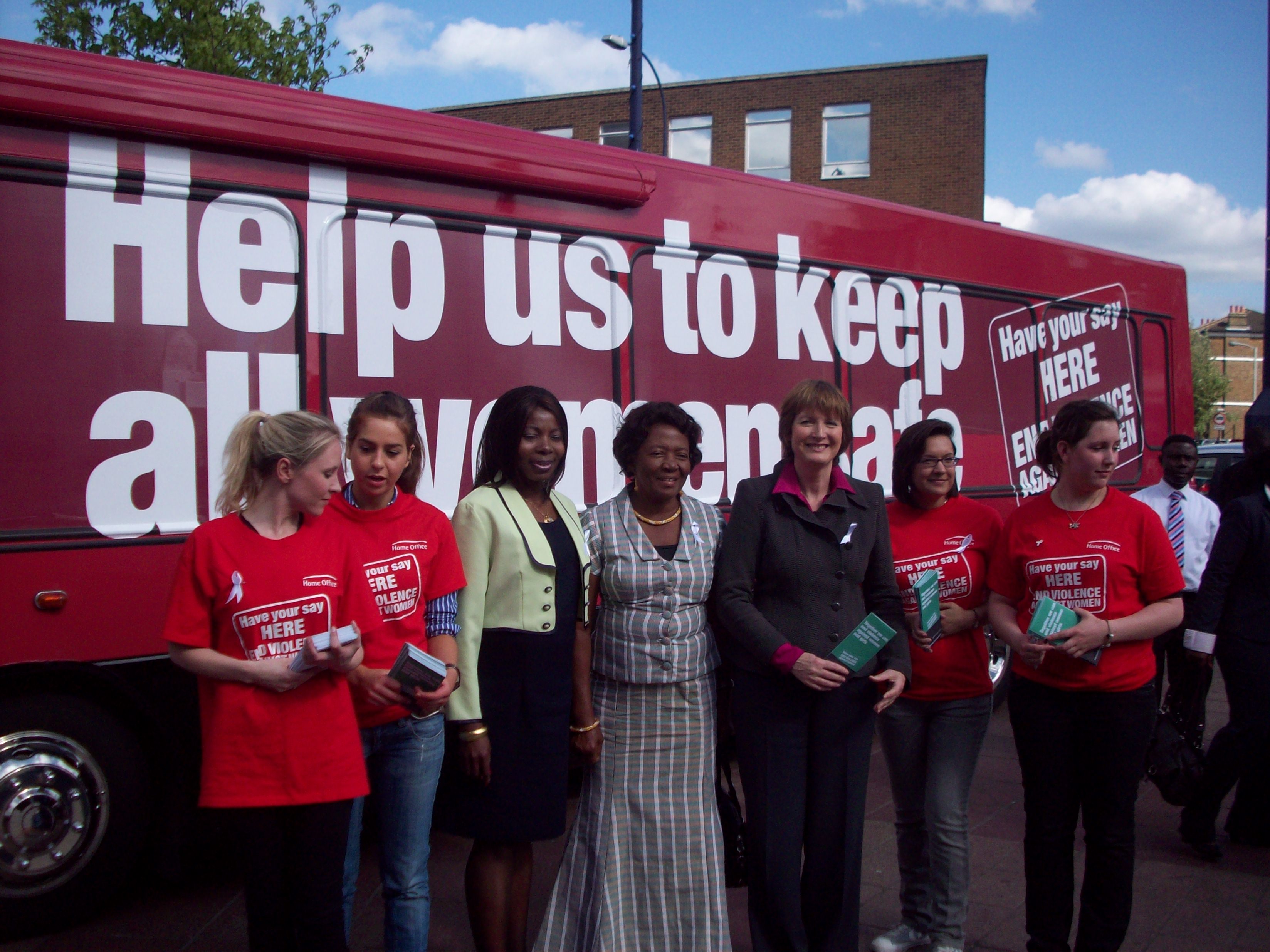 This work has resulted in progress. Over the last ten years, incidents of domestic violence have gone down by 58% and the number of men convicted for rape has increased by 46%. But we know that there is still a long way to go especially in light of recent cases involving rape.

Violence against women is unacceptable and often has a devastating effect on children and we will continue to do all we can to tackle it. On Wednesday 6th April I was joined by Mrs Mills, the President of Ghana's wife, when I visited the Home Office's "End Viloence Against Women" bus in Lewisham.