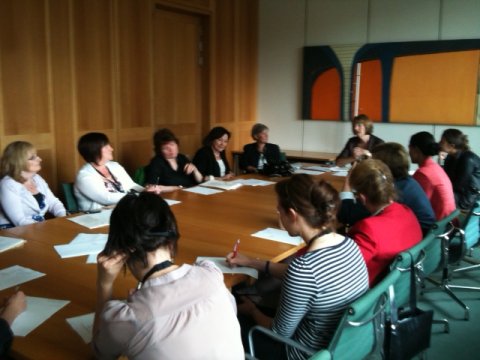 Today the new UN Women's agency got the backing of a new group of women in Westminster from all parties, from the Commons and the Lords who have set up a new cross-party group to support UN Women.

"UN Women is very important in promoting the economic, social and political rights of women all around the world.

"We will work together as women in Westminster to give UN Women our support as they:

"Today we have set up a powerful network in Westminster to support women around the world.  UN Women will know they have strong support in the UK parliament.  And I hope other parliaments will do the same.  UN Women plays an important and pioneering role."

The group has been set up on the day the UK Government is expected to announce that it will give £10 million to UN Women:

"Women have made great progress in all continents and every country in the world.  But there is still further to go before women are equal and we will work together to support them in their progress on: