After writing to the Russian Ambassador to ask for a meeting to discuss my constituent Kieron Bryan, a freelance journalist who is detained in Murmansk after his arrest on board the Greenpeace ship 'Arctic Sunrise', the Ambassador agreed to meet.  I was joined by Geoffrey Cox, MP for Kieron's parents and another detainee, Alexandra Harris.  It was a constructive meeting, lasting an hour and a half, and I reiterated that Kieron is not a criminal or a threat to the Russian state and that the Russian authorities should let him go. 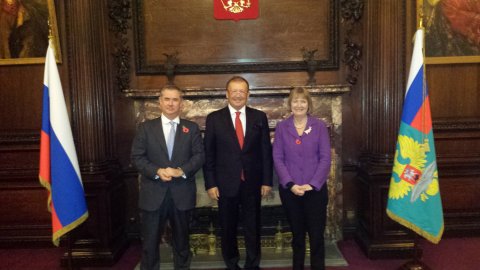