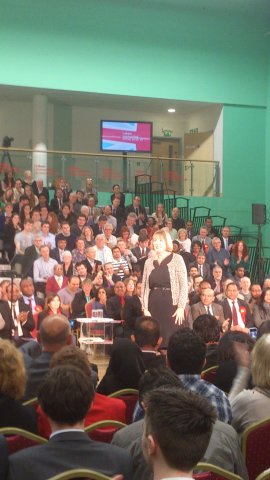 In my opening remarks I talked about how Labour has gained 1950 new councillors since 2010 and how important it is that we build on this. Councillors are vital advocates for change on the frontline in our fight for a Labour Government. It’s never been more important to have a Labour Councillor to stand up for people in their communities.

European Leader Glenis Wilmott & London MEP Claude Moraes were also in attendance and I detailed how important it was that everyone in the country has the opportunity to vote in the European elections on the 22nd May. 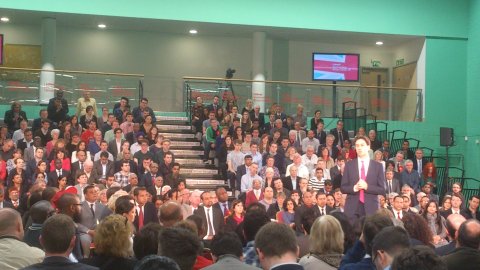 During Ed’s address he outlined how only Labour can make Britain better off, putting families first with a plan to tackle the cost-of-living crisis and earn our way to better living standards for all. He announced Labour’s plans to reform private renting making 3 year long term tenancies with predictable rents the norm and to ban rip-off letting fees for tenants.

Labour truly understands the cost of living crisis and will take the action required to make hard working Britain better off.
Click to see Labour’s 10 concrete steps to deal with the cost-of-living crisis http://action.labour.org.uk/index.php/cost-of-living-contract/index