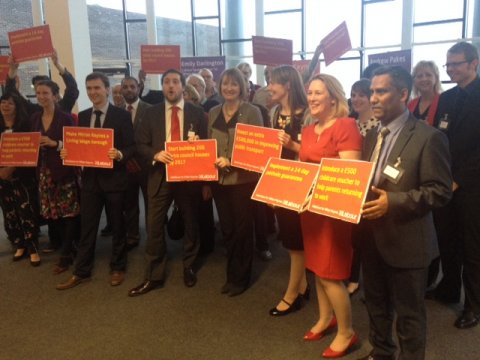 Over 150 people attended the launch of Labour’s Milton Keynes Local Election campaign at the MK Academy in Leadenhall last night.  These are very important elections for Milton Keynes with all 57 councillors up for election on the newly expanded Milton Keynes Council.

I spoke about how the Tory-Lib Dem Government’s economic decisions have continued to stifle economic growth and undermine vital public services in Milton Keynes. People in Milton Keynes are paying the price for these failed Tory-Lib Dem policies and are an estimated £2061 worse off now than since the General Election in 2010. Thousands of families are being hit hard by this out-of-touch government – and young people are still struggling to find work.

Cllr Marland and his team have set up how they can make a difference and be ambitious for Milton Keynes.
Labour’s key pledges for the council are to:

• Start building 200 extra council houses by 2017 and ensure more affordable homes to rent and buy in new developments.
• Make MK a Living Wage borough, encourage more employers to pay well and ban the use of zero-hours contracts in vital council services.
• Introduce a £500 childcare voucher for parents returning to work after 3 years, and ensure universal access to  Children’s Centre services for all families in Milton Keynes.
• Implement a 14 day pothole guarantee that lets you know when the defect you report will be fixed.
• Invest an extra £500,000 in public transport over the next 3 years to improve services and ensure people can travel across Milton Keynes easily and affordably.
• Delivering value for money in tough times by reviewing spending on contracts and reducing waste, by using new approaches such as co-ops and mutuals while fixing our infrastructure; rather than managing decline like the Tories. 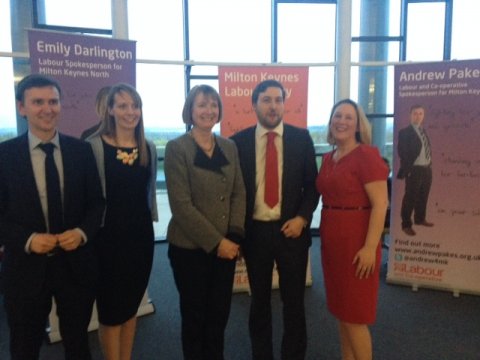 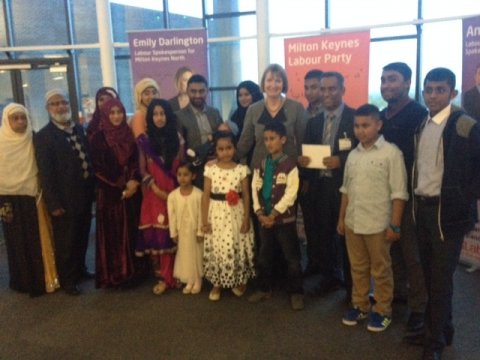