This evening I joined a packed meeting of reisdents on the Pelican Estate in Peckham to discuss the tragic murder of Sylvester Akapalara who was shot dead in a stairwell on the 29th December 2010. My deepest sympathies are with Sylvester's parents and the family.

Yesterday the Pelican Estate was leafleted by a gang urging people not to give information to the police. The flyers are linked to a website called "Stop Snitching" which offers to help people who do not want to co-operate with authorities and tells people not to trust Operation Trident.

It is vital that those who committed this brutal crime should not get away with it. The overwhelming majority of young people in this area are decent, hardworking people who want to make the most of their lives and people are dismayed that once again a tragedy has cast a shadow over Peckham.

The local community want to give the police as much support as they possibly can, but people are frightened. It was an important meeting which heard from parents, young people,  local police as well police from Trident, local councillors and Southwark Council. Everyone was united in concern about the tragic loss of life, and united in determination that everything should be done to bring the killers to justice so they are not above the law. 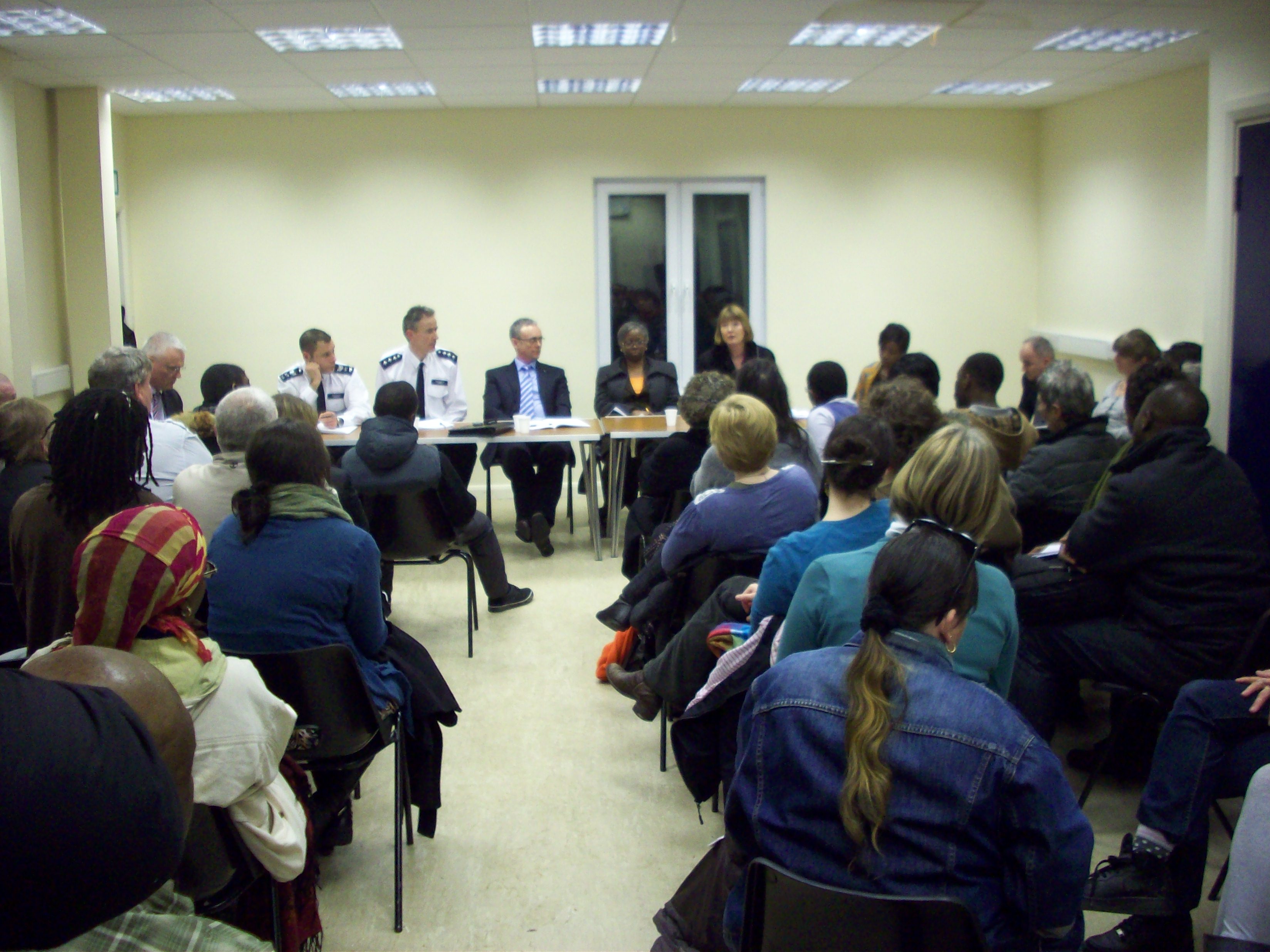