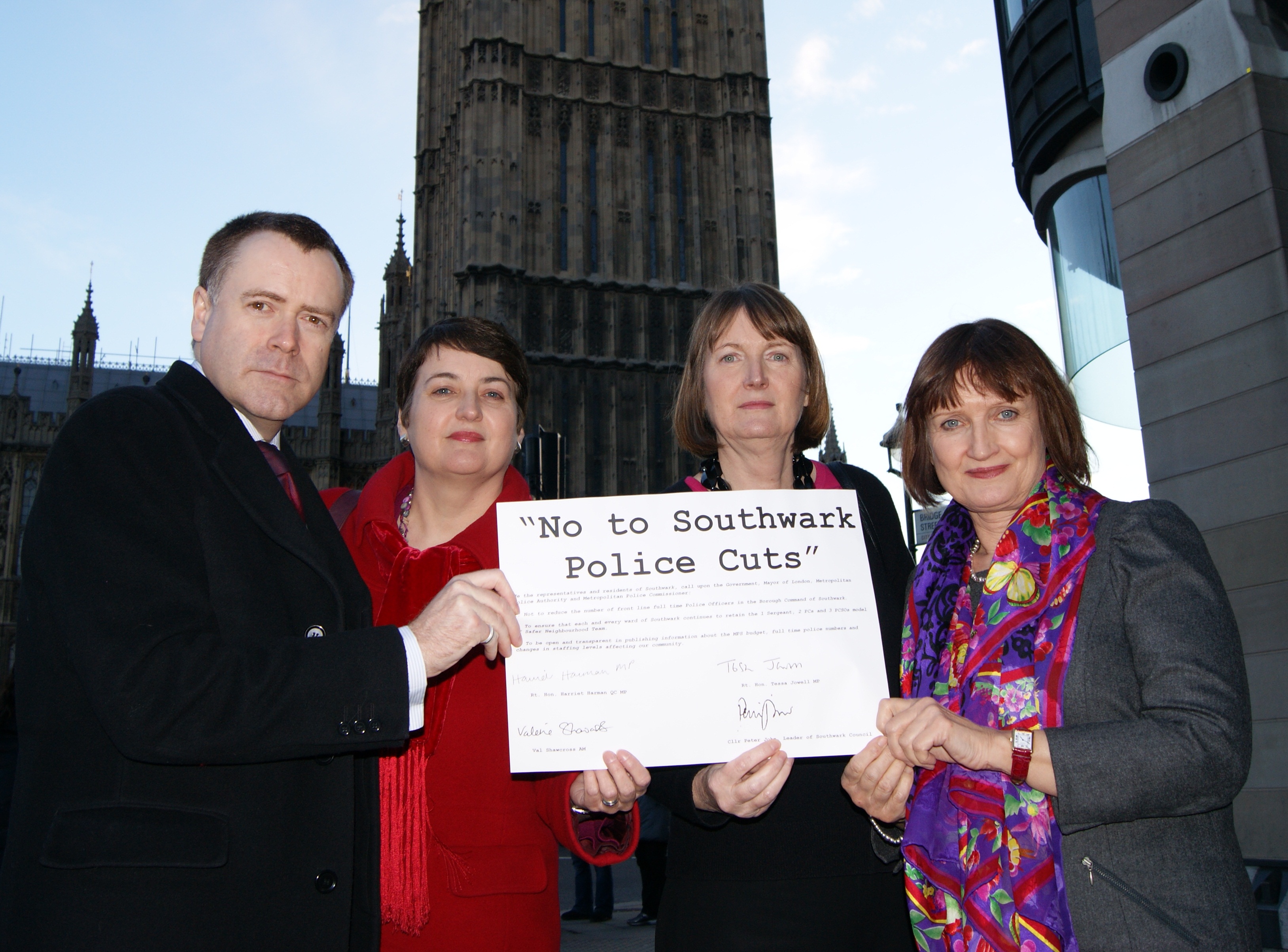 Today I joined Tessa Jowell MP, Cllr Peter John - the leader of Southwark Council and GLA member Val Shawcross to launch a petition calling on the Government, the Mayor of London and the Metropolitan Police to protect police numbers in Southwark. The petition, which we hope to have signed by 1,000 local people, says:

1.       Not to reduce the number of front line full time Police Officers in the Borough Command of Southwark

2.       to ensure that each and every ward of Southwark continues to retain the 1 Sergeant, 2 PCs and 3 PCSOs model of Safer Neighbourhood Teams

3.       to be open and transparent in publishing information about the MPS budget, full time police numbers  and changes in staffing levels  affecting our communities