Today I went to Bristol for the first of Labour’s One Nation Arts Tour events, where arts organisations from across the South West gathered to discuss the future of arts and culture policy. Shadow Culture Minister Dan Jarvis MP will visit cities all over the UK for similar discussions.

The discussion took place as new figures showed the disparity in the funding of the arts between London and the regions. Philanthropic giving works out as £2.83 per head in the South West, compared to £59.52 in London, while the Arts Council spends £3.05 per head on arts organisations in the South West, compared to £21.33 per head in London, which is home to big national institutions.

You can read more about those figures on the Bristol Evening Post and Independent websites. 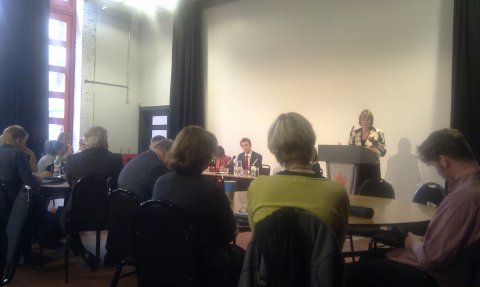