On Friday I joined Caerphilly CLP for dinner to celebrate their sucess in the Welsh Assembly elections and to present Caerphilly Councillor Ray Davies with his Wales Labour Party Merit Award. 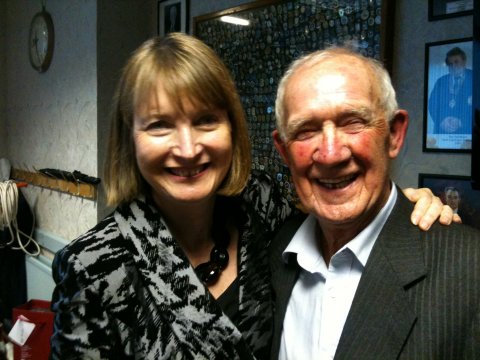 Father presented him with Labour party card when he left the pit; reminded him that the Labour party had grown out of the working class and trade union movement.

Both he and Wendy love singing, campaigning every Saturday for  peace and freedom with Côr Cochion/Reds Choir: their motto, "wherever people struggle, there is my native land"