Responding to the Prime Minister about the G20 - Monday 15th No

Today I asked the Prime Minister about his visit to the G20. Firstly, on development, can I  welcome the South Korean government's success in keeping it on the G20 agenda.

Development aid is important for the lives it saves, but it also makes an important contribution to global growth.

Turning to climate change can he tell us how the promises made at Seoul will be turned into action at Cancun?

Mr Speaker, we welcome the continuation of work to reform the financial regulatory framework set in motion at previous G20 meetings.

The increased stringency of the Basel Committee's capital requirements is a welcome step in making banks across the world more stable.

But further work is needed to implement these reforms.

We recognise this is difficult.

Can the Prime Minister tell us what he believes is the way to balance the need for financial stability with the economic recovery ?

We all know that for the UK, global economic growth is always important  - we are a trading nation.

Will he acknowledge that dependence is even greater because of the decisions he's taken on the economy here at home?

Cutting public spending and increasing VAT will dampen domestic demand and that will hit jobs.

The OBR has shown that because of the cuts he's making, Britain must increase exports by over £100 billion to sustain jobs and  growth. How can that happen if our export markets are failing to grow?

And does he recognise that the global economy on which we are now even more reliant is fragile?

And that's why this G20 was so important.

The most recent figures show that growth in our largest export market, Europe, has halved and that the US is still facing high unemployment and slow growth.

Does he acknowledge that with growing disagreements between major economies about currencies and trade restrictions, co-ordinated action through the G20 is more important than ever?

Does he recognise that this G20 was a missed opportunity?

No-one expected the problems to be solved overnight, but it is a problem that  the summit provided:

This was the fifth G20 summit since the global financial crisis hit in 2008.

During that time, the UK provided leadership for co-ordinated global action.

Why did the Prime Minister fail to offer that leadership in the run up to, and at Seoul, at such a crucial time for jobs in this country and for the global economy?

The question everyone is left asking is what was his strategy - what was he aiming to achieve?

Did he have any proposals for jobs and growth?

No-one expected this summit would be straightforward.  But the problem is that no-one even knew what the Prime Minister was trying to do

Tonight he will say in a speech that, and I quote, "Britain is at the centre of all the big discussions.  Producing the ideas."

So what were his ideas for the G20, and what did he say in those big discussions?

Isn't it the truth that because he refuses to recognise that the economic crisis was global, he can't engage with international efforts to tackle it?

Mr Speaker, by watching from the sidelines of the G20, the Prime Minister has let Britain down. 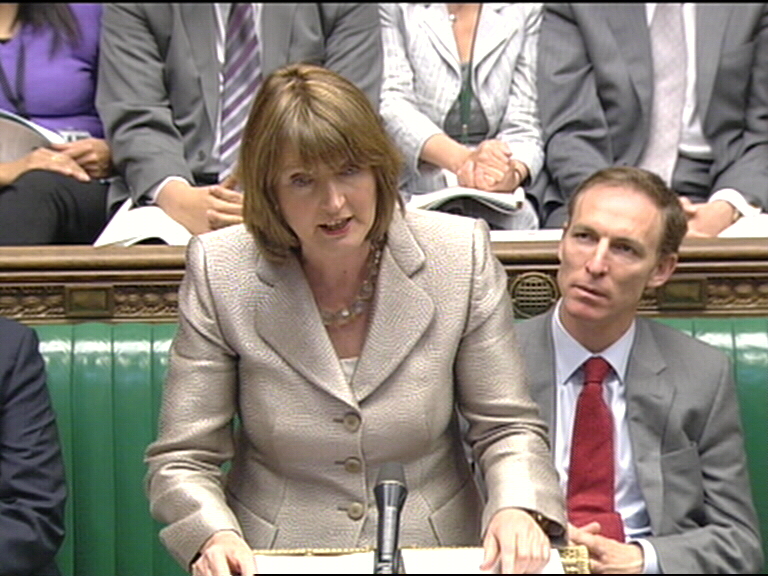