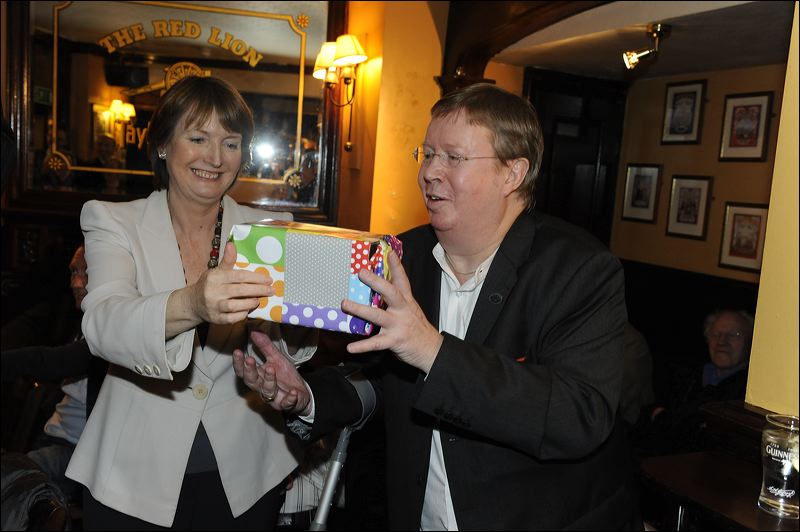 It was a privilege to pay tribute to Rod at his retirement party last night.

It is sad that he is taking early retirement and he will be missed. As well as being a leading light in the Trade Union movement and respected by Ministers he kept up his work as a grass roots Labour Party activist in Newington ward. For over 25 years he served as an officer of Southwark Trades Council – and was awarded the TUC’s silver badge in 1994 in recognition of this. He was also the Chair person of the Southwark Campaign against Racism and Fascism.

I know he’ll continue to work for social justice and all the causes he believes in.