It was great to be at Cambridge House on Camberwell Road earlier this summer  for the official re-opening of their newly renovated building.  The renovation work, funded by the previous Labour Government’s ‘Communitybuilders’ and ‘Futurebuilders’ programmes, has revitalised the building as a space where voluntary organisations can offer much needed local advice and support, childcare and many more services.

Cambridge House is home to 1st Place Nursery, which has already been marked as ‘Outstanding’ by Ofsted, as well as Blackfriars Advice Centre, Community Action Southwark and a range of community based organisations offering local support and advice.

But a threat hangs over many charities and community organisations in the borough.  Southwark Council must cut back because it is being hit hard by the Tory-Lib Dem government’s unfair and unnecessary austerity drive.

The government says it supports the Big Society and community organisations, but the Tory-Lib Dem government's massive cuts to local authority funding mean councils up and down the country are being forced to make cuts to funding for community groups.

The government cut funding to Southwark Council by £34 million.  In comparison the wealthy borough of Richmond upon Thames is having its funding cut by less than £1million.  It is deeply unfair that our council in an area with greater need is being hit harder than those in better off areas.   And this means larger cuts to funding for local voluntary organisations in Southwark where they are so important.

In Southwark more than 70 voluntary and community groups are facing budget cuts.  Some will lose all their funding.  Like Camberwell After School Project, which helps hard-working parents by providing great childcare before and after school and in the school holidays.  And the Black Business Initiative (BBI) in Peckham, which has provided support to small businesses for 10 years.  Both will lose 100% of their funding.  The BBI, like many other community organisations, was built up over many years.  All that good work is now at risk of being lost.

That is why I called on the government to conduct a comprehensive review of the impact of their cuts on voluntary sector and community organisations and report back to Parliament. 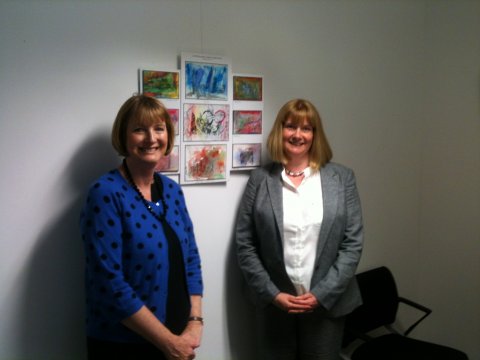