Today I gave a speech entitled "Beyond the role of Government, valuing the importance of remittances and encouraging philanthropic business" to students and staff at London South Bank University. 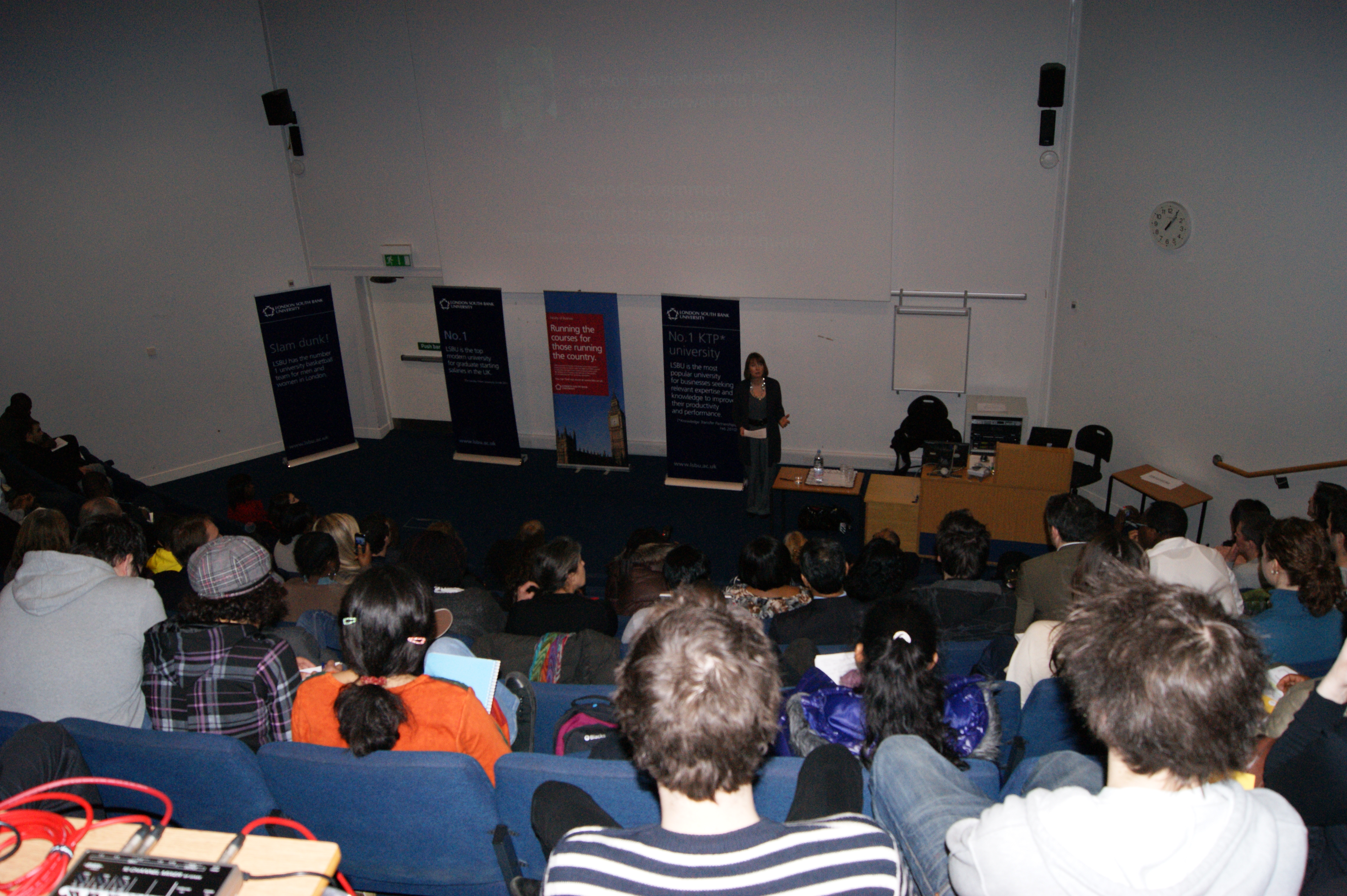 International development - beyond the role of Government, valuing the importance of remittances and encouraging philanthropic business.

I am very pleased to have the opportunity to be able to come and speak to you today and hear your views about how we tackle poverty and inequality in the world.

This is the right place for me to come

First I want to say why I believe what is described as "international development" is important.

There, children don't go to school when their parents can't afford it, children die of diseases which are perfectly preventable and haven't been seen in this country for decades.  There, hunger and exhaustion are common and hundreds of thousands of women die in childbirth.  By sending aid from our government we can, and do make a difference in reducing this toll of suffering.  When we know that people are dying unnecessarily and know that we can do something to prevent it - then surely that is what we should do.

That is the simple impulse that lies behind Labour's longstanding commitment to international development.  We are all one human race and should help each other.  But it's also the case that aid helps us too.  When a country develops it has a stronger economy which can trade and generate the economic growth which benefits everyone.

Because of the importance of tackling global poverty and underdevelopment, Labour set up the Department for International Development in 1997 when we got into government and that is why we are determined to make the new government keep the promise that we made - and that they matched - to increase aid to .7% of GNI by 2013.

But we should never make the mistake of thinking that it is only the government that does aid.  There are the aid agencies - charities like Oxfam and CAFOD and the people who give their hard earned cash to them.

And there are the people - like the many who live in my constituency - who come to live and work in this country and who send money back to their country of origin.

I have long held the view that government can and should do more to support remittances.  What more could government do

There is, rightly, a move to ensure that people know about and understand the impact of the money government sends in aid.  But too little is known about remittances.

Though we know little about the reality of remittances from this country, research for me by the House of Commons Library estimates that in 2009 remittances from the UK are £4 billion compared to £7 billion in UK government aid. World Bank data estimates global remittance flows to be $325 billion. But the total sum is probably much higher.

The amount of remittances is more than double the amount given in aid  by governments and unlike development aid, which in the past many governments have cut at times of economic difficulty, remittances have remained resilient - a vital lifeline for millions in the developing world.

Remittances make a vital contribution to day to day survival and wellbeing and they play an important role after disasters such as the earthquake in Haiti and the floods in Pakistan, helping people survive and recover. They are not and must not be a substitute for government aid.

But information about remittances is patchy.  The last time the government did any sort of survey on this was as long ago as 2006.  Since then a great deal has changed.  Both for people here, in this country, and abroad.  We need proper up to date information on the remittance pattern.

And on the basis of full information the government should be doing more to support remittances.

Because of the lack of information about remittances, I carried out a survey in 2007 about the pattern of remittances in my constituency and many of you have helped me update this information by telling me about your remittances.

The pattern that this has shown is

And the same worries are raised time and again; concern that charges are too high and difficulties in keeping up remittance payments, especially when times are hard here.

Government does best when it formulates policy on the basis of listening to people and learning what people themselves are doing in their lives. This is as true for International Development as it is for health and education. It must understand what people do in their lives and, listening to your concerns, take steps to support remittances. And that is exactly what we are doing with our policy review process. We want to hear from you to develop a new policy to support remittances.

Government must do more to acknowledge, as we do explicitly, where people make a major contribution to achieving important objectives - in this case tackling poverty in the developing world.

And it is not just individuals, through charitable donations and remittances, who contribute to overseas aid - but businesses too.

Thousands of British businesses, both big and small contribute to development in many different ways.  From Vodafone's world of difference programme which pays for volunteers to work for a year in the developing world or Cadbury who is working in Ghana to help more than 40,000 cocoa workers increase production and their incomes,  to the barristers at 1 Hare Court who are helping with a legal aid clinic in Rwanda through the Africa Justice Foundation.

The extent of that giving, its objectives and its effectiveness - that too, should be properly understood, encouraged and supported.

And public bodies support development too - from the Welsh Assembly twinning with and supporting Lesotho to the University Hospitals Coventry and Warwickshire NHS Trust having an exchange scheme with Malawi where they send medical staff on short term placements to work and have also sent life-saving medical equipment.

All this attests to the belief amongst people in this country that we can, and should, be partners with the developing world in helping them make progress.  And this activity is something that the government should - while not directing - at least know about, coordinate and support where it can.

But it is not just giving aid which is important for the developing world.  We need to look at it through the perspective of tackling global inequality.  As much as aid, trade, and the terms of trade, can either help or hinder development.

So a vital part of the government's development agenda must be making the terms of trade fairer and more transparent.

In the Labour Party, as part of our policy reviews on international development - we are considering how we can ensure greater fairness in the extractive industries which drill for oil and gas and mine precious stones and metals.  And we are looking at how we can ensure businesses are more transparent and that tax regimes are better co-ordinated internationally to ensure that global companies pay their taxes and do not use their global status to avoid paying tax in any country.  Christian Aid estimates that tax dodging costs poor countries $160 billion a year

In government, Labour gave an international lead on this. At the G20 summit in 2009 Gordon Brown pressed other world leaders to act on this issue. But, as yet, we have seen no evidence that the Tory led coalition government is taking this forward.

When the G20 meet in France this year, the government must take the opportunity to put this on the international agenda and provide the lead in taking it forward. .

Because fair and open trade and aid is undermined where there is corruption,   we are concerned that the government  has so far failed to implement the Bribery Act which we passed - with their support -  when we were in government and which was due to come into force in October last year.

Partnerships between global companies and developing countries are important.  But there must be fairness and openness by the companies towards the country they are operating in.

One of the worst cases of exploitation of a developing country by a global company was the dumping of toxic waste by Trafigura on the shores of the Ivory Coast, causing 100,000 people to seek medical treatment. That is the polar opposite of good global corporate citizenship and I'm really pleased that Martyn Day, the lawyer who brought justice and compensation for the people of Ivory Coast who had suffered from the actions of Trafigura, is a member of our policy review looking at global trade, growth and tax.

So, as I have set out, I believe

This is a time of great change nationally and internationally and we are undertaking a thorough review of our policies.  Your views are important to us. I want to hear your views.