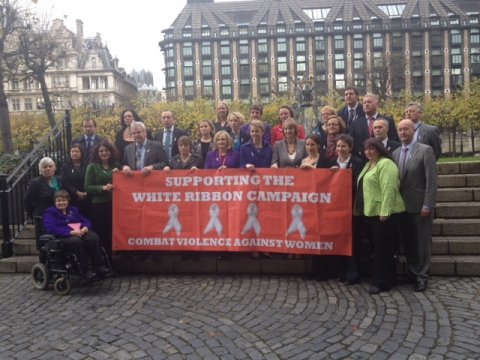 The 25th November marks White Ribbon Day, also known as the UN International Day for the Elimination of Violence Against Women. I joined Labour colleagues outside the Houses of Parliament in support of the campaign.

In the UK 45% of women have experienced some form of domestic violence, sexual assault or stalking and on average, two women in England and Wales are killed by a partner every week.