I was pleased to walk for water at Westminster today, as part of a global campaign to raise awareness for the world water and sanitation crisis.

Marking the United Nations World Water Day, I joined hundreds of thousands of people across the globe who walked in solidarity with the almost 900 million people worldwide who still have no access to safe drinking water, and the 2.6 billion people without a toilet. The event, called World Walks for Water, was organised by global campaign group End Water Poverty.

International development organisations WaterAid and Tearfund hosted today's event in London which allowed me to experience the daily reality for millions of people by carrying water containers on a short walk near the Houses of Parliament.

For many people in the developing world going into the kitchen and turning on the tap for a glass of water is a luxury they can only imagine.

Today I strongly support End Water Poverty in raising awareness of the desperate situation of many people in some of the poorest countries of the world who do not have access to safe water or basic sanitation.

Access to water and sanitation is essential for tackling global poverty. There must be a concerted international effort to step up efforts to stop children dying needlessly from illnesses caused by lack of access to basic sanitation and clean water. The UK's development aid makes a real difference. The Government must lead efforts to ensure that the billions of people who do not have access to these basic services don't have to wait any longer. 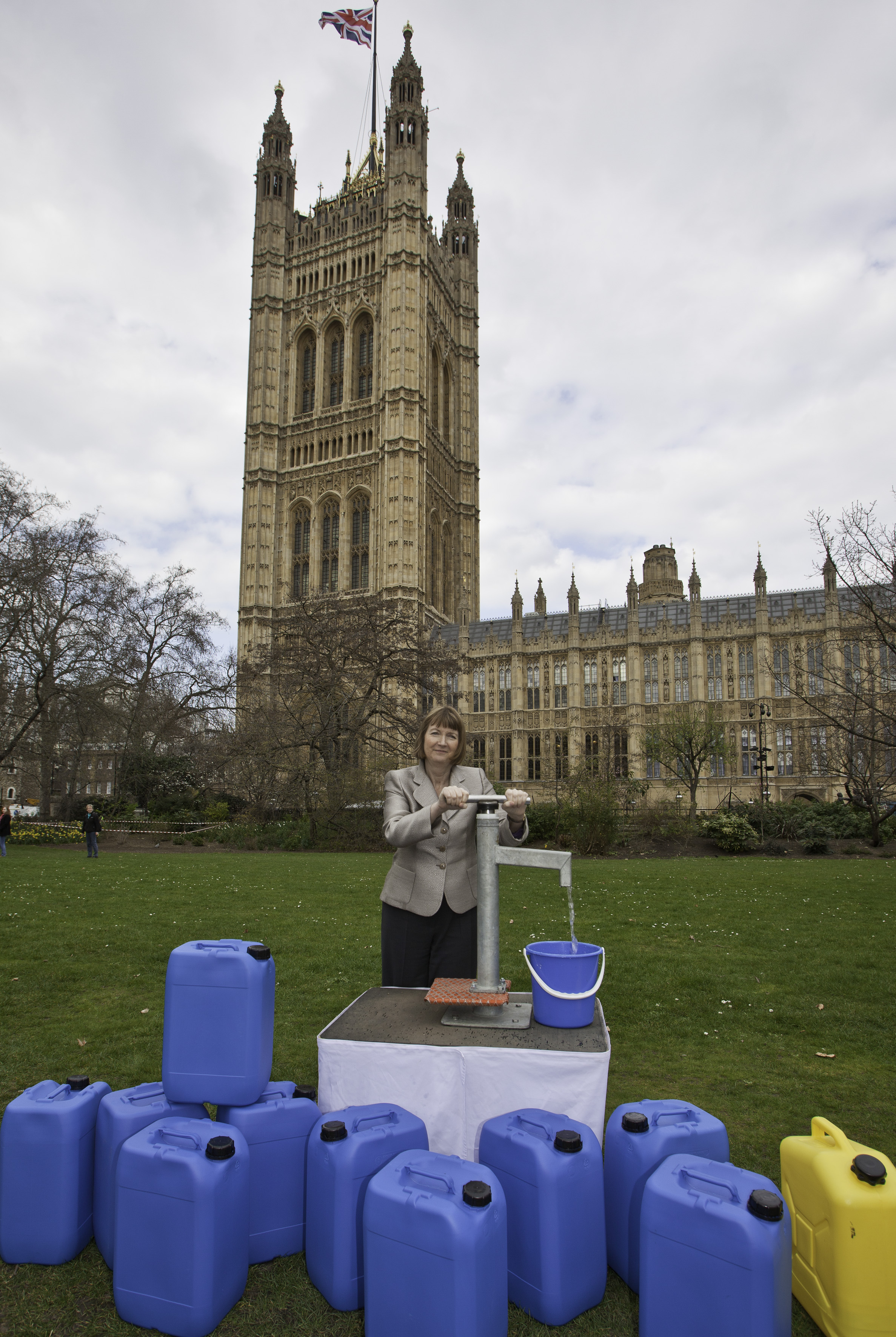