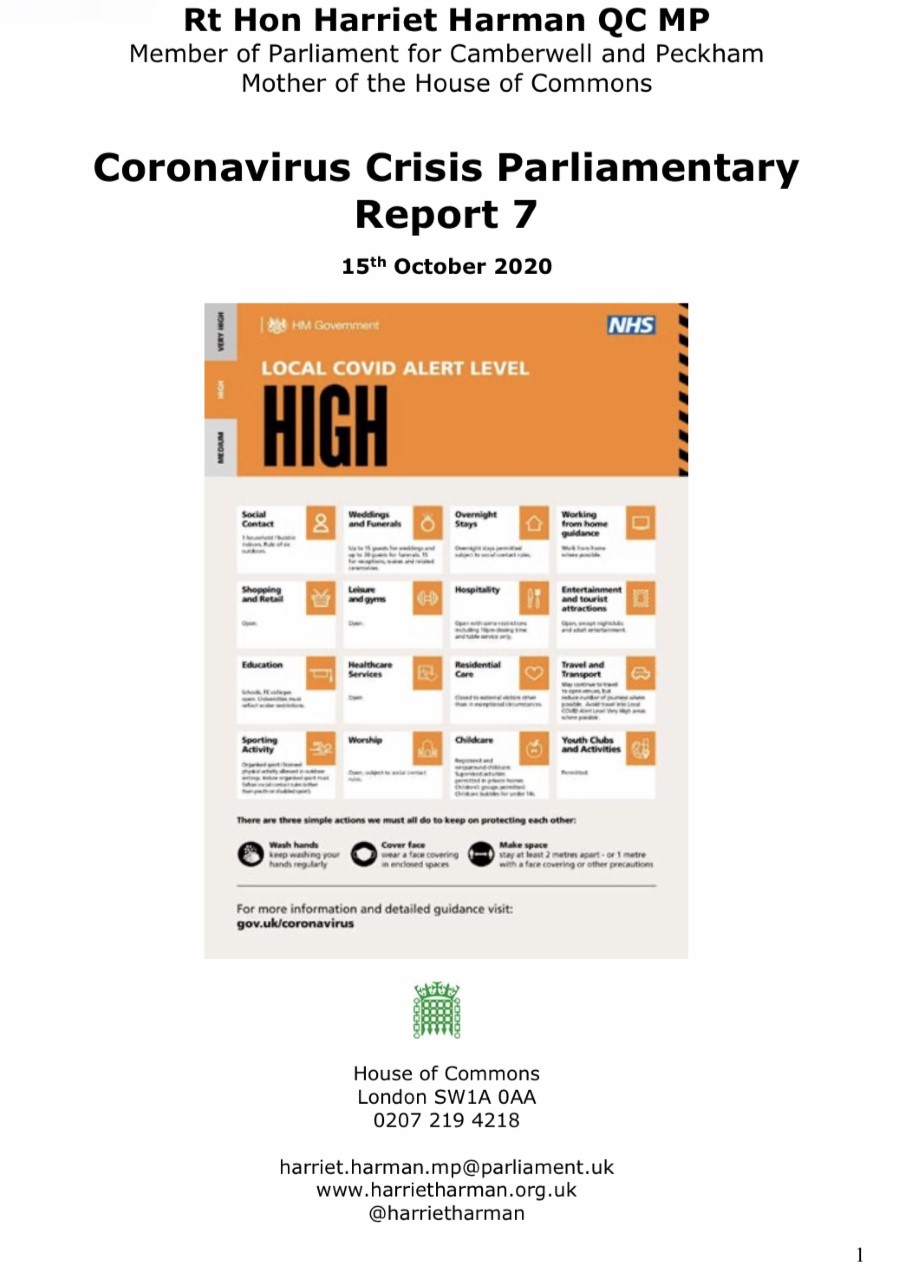 RE: Oppression of the Uyghur people

We are writing to express our extreme concern at the treatment of the Uyghur people in
Xinjiang.

We understand that approximately one million people have been detained and held in detention camps. Those who have escaped give horrifying testimony of religious persecution, physical abuse and torture. Sickening footage was shown to you on the BBC’s Andrew Marr Show in July of a large number of people blindfolded, kneeling and shaven, waiting to be loaded on to trains. The similarities between this video and historical footage of Nazi concentration camps are truly chilling.

Your interview followed further shocking accusations that the Chinese Government is actively pursuing a policy to reduce the Uyghur population with Uyghur women facing forced sterilisation, forced abortion and the forced removal of their wombs. It has even been reported that birth rates have fallen by 60% in some Uyghur areas.

The Chinese Government’s actions must be stated for what they are: a systematic and calculated programme of ethnic cleansing against the Uyghur people.

When the world is presented with such overwhelming evidence of gross human rights abuses, nobody can turn a blind eye. We as Parliamentarians in the United Kingdom write to express our absolute condemnation of this oppression and call for it to end immediately.

+ 133 other cross-party MPs and Peers

His ExcellencyAmbassador Liu XiaomingEmbassy of China49 Portland PlaceLondonW1B 1JL 04 September 2020 Your Excellency, RE: Oppression of the Uyghur people We are writing to express our extreme concern at the... 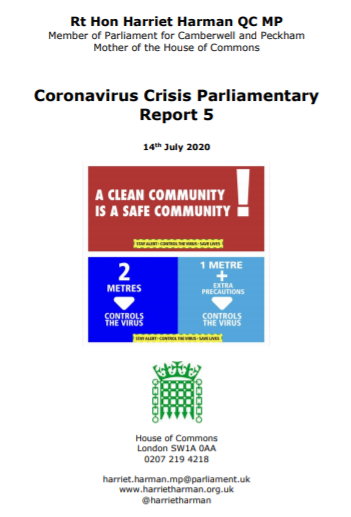 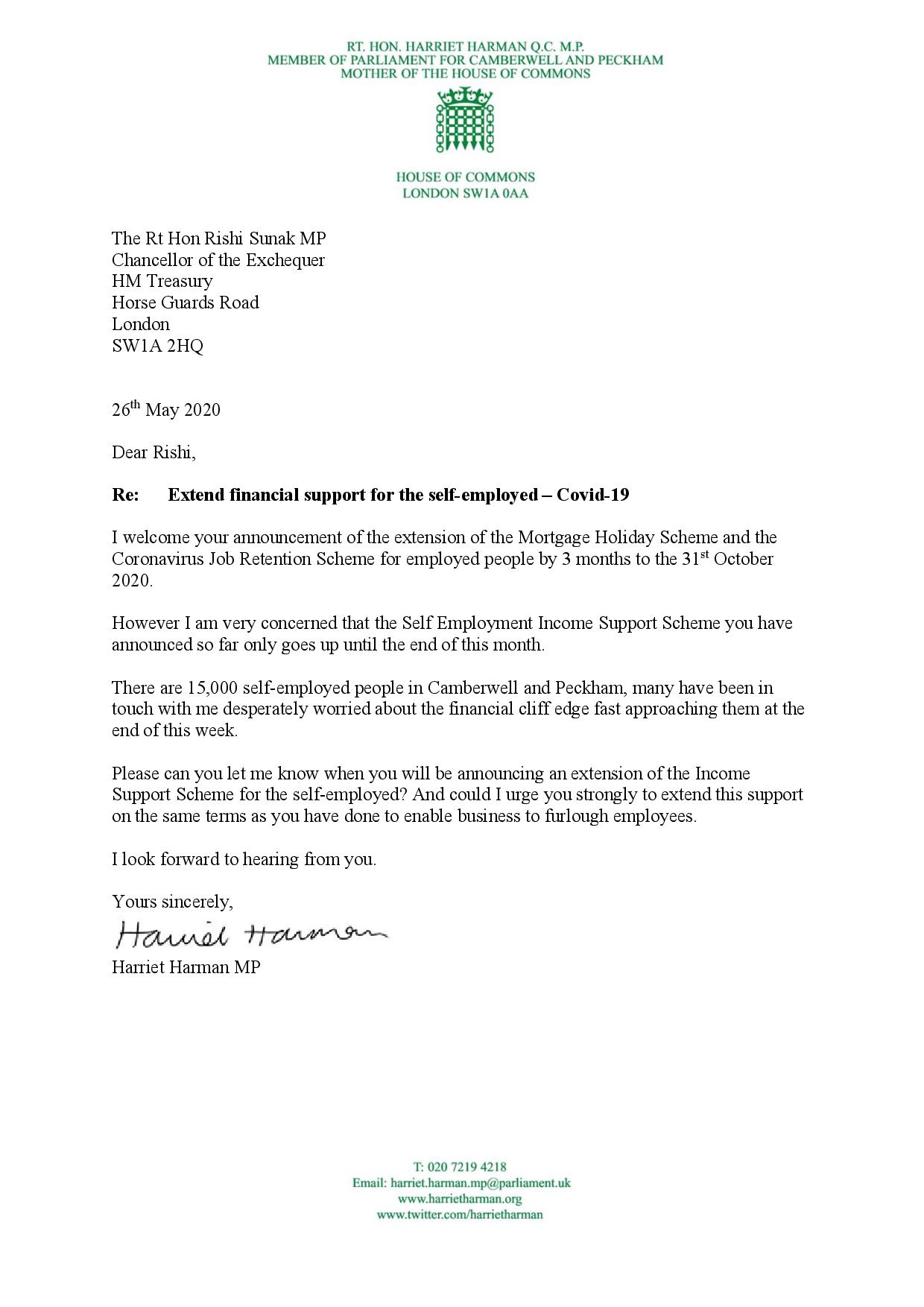 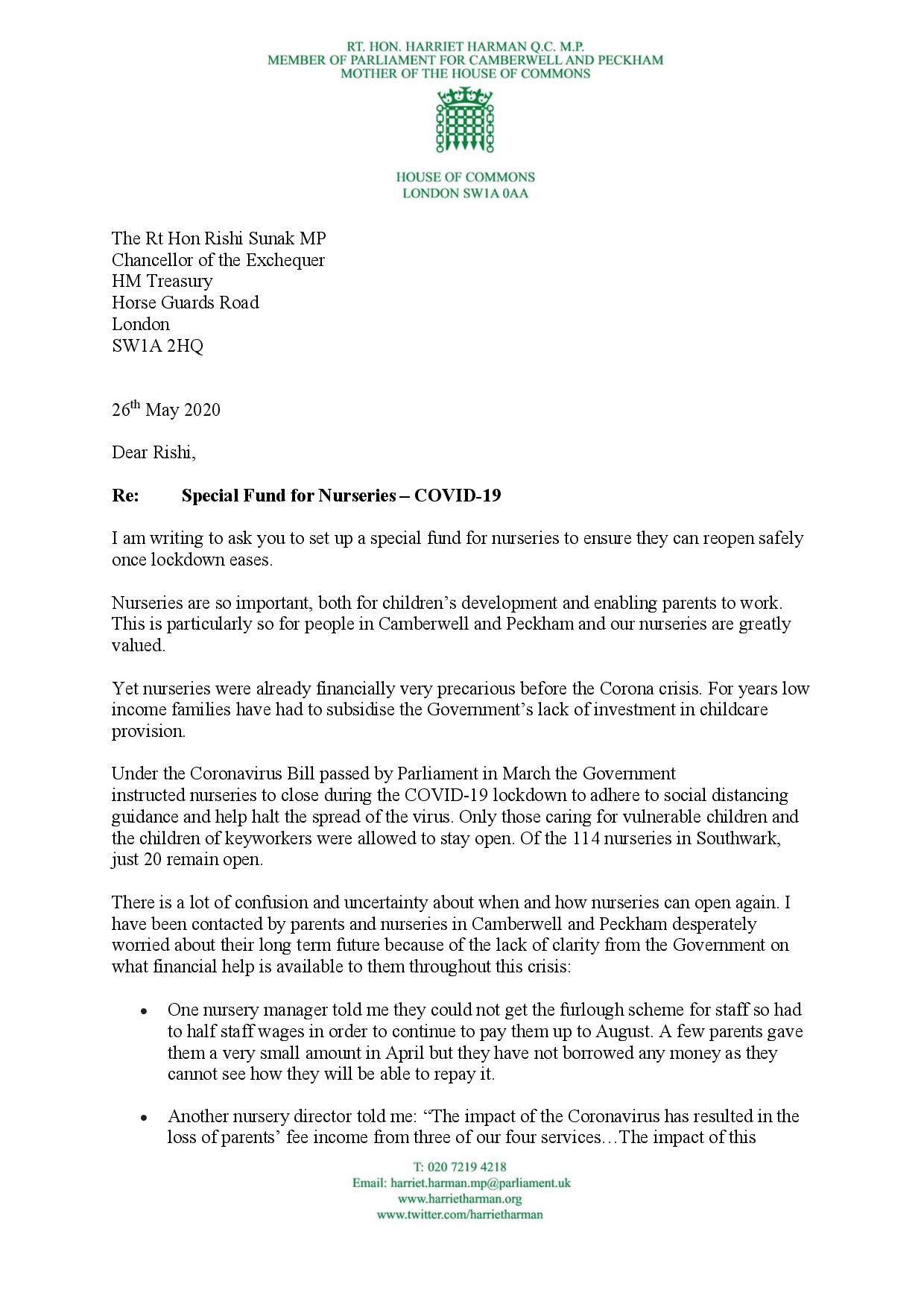 There is a lot of confusion and uncertainty about when nurseries can open again. The prime minister mentioned schools in his statement setting out his ‘roadmap for easing lockdown’ but said nothing about nurseries.

We all know how important nurseries are, both for children’s development and enabling parents to work. This is particularly so for people in Camberwell and Peckham and our nurseries are greatly valued.

Under the Coronavirus bill passed by parliament in March, the government instructed nurseries to close during the COVID-19 lockdown to adhere to social distancing guidance and help halt the spread of the virus. Only those caring for vulnerable children and the children of key workers were allowed to stay open. Of the 114 nurseries in Southwark, just 20 remain open.

I have been contacted by parents and nurseries in Camberwell and Peckham desperately worried about the long term future because of the lack of clarity from the government on what financial help is available to them throughout the crisis, and the absence of any indication of how long they will be required to stay closed.

Nurseries in Camberwell and Peckham were already financially very precarious before the Corona crisis. For years low income families have had to subsidise this government’s lack of investment in childcare provision. Nurseries’ unexpected and significant loss of income due to Covid is putting serious pressure on already overstretched budgets. Nurseries are experiencing unsustainable losses through no fault of their own and some tell me they expect to lose half of their income.

I have offered every nursery that has had to close in Camberwell and Peckham my support and asked whether they are confident that they will indeed be able to re-open at the end of the lockdown, whether they and their staff are getting the financial help they need, or if they are being forced to rely on bank loans.

Without knowing what support will be available nurseries tell me it’s impossible to plan ahead and to give their staff the assurances they need about their pay and job security. Many fear they will shut permanently, as staff will be forced to leave the profession to find alternative income.

I’m calling on the chancellor to create a special ‘nursery fund’ to ensure our invaluable nursery provision survives this lockdown and that nurseries will still be there to reopen as soon as the restrictions are lifted. The government has put in place a special fund for zoos. They should do so for nurseries because if the government does not commit to a significant financial package of support for early years providers they may not survive this crisis.

This would be disastrous for parents and the entire economy as without childcare millions of people will be unable to start going back to work as the lockdown eases.

The Corona crisis has exposed the problems in nursery provision that were already there. Increasingly people are realising that childcare is the missing part of the welfare state – a product of an old reality decades ago, where it was assumed women did not get to go out to work, but stayed home to look after children. As we emerge out of this crisis we need a universal free childcare system to give all children a great start, reflect the reality of working parents’ lives today and liberate parents from the expense and worry of juggling home and work.

There is a lot of confusion and uncertainty about when nurseries can open again. The prime minister mentioned schools in his statement setting out his ‘roadmap for easing lockdown’ but... 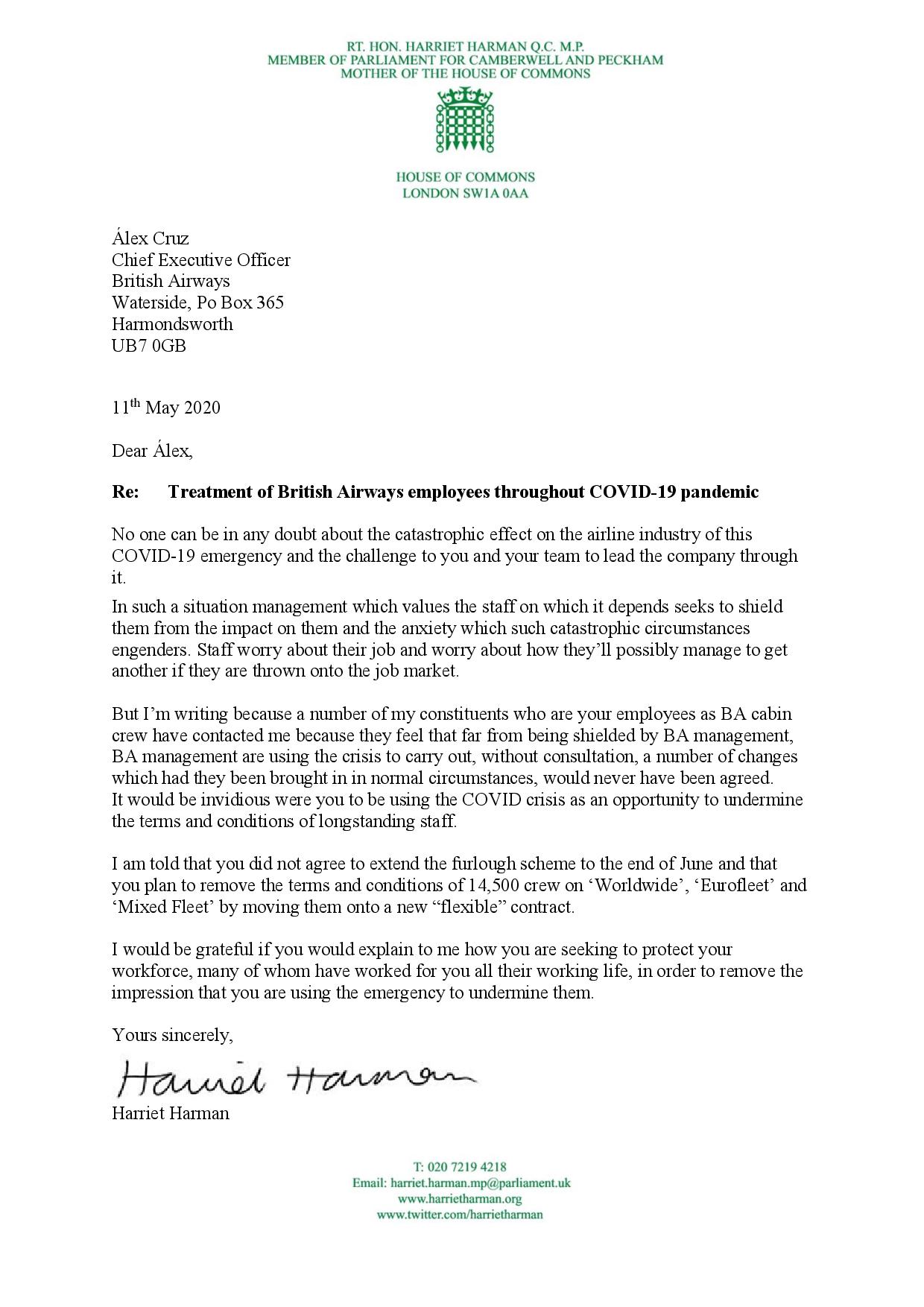 British Airways must support worried staff in pandemic, not take advantage of crisis - My letter to CEO 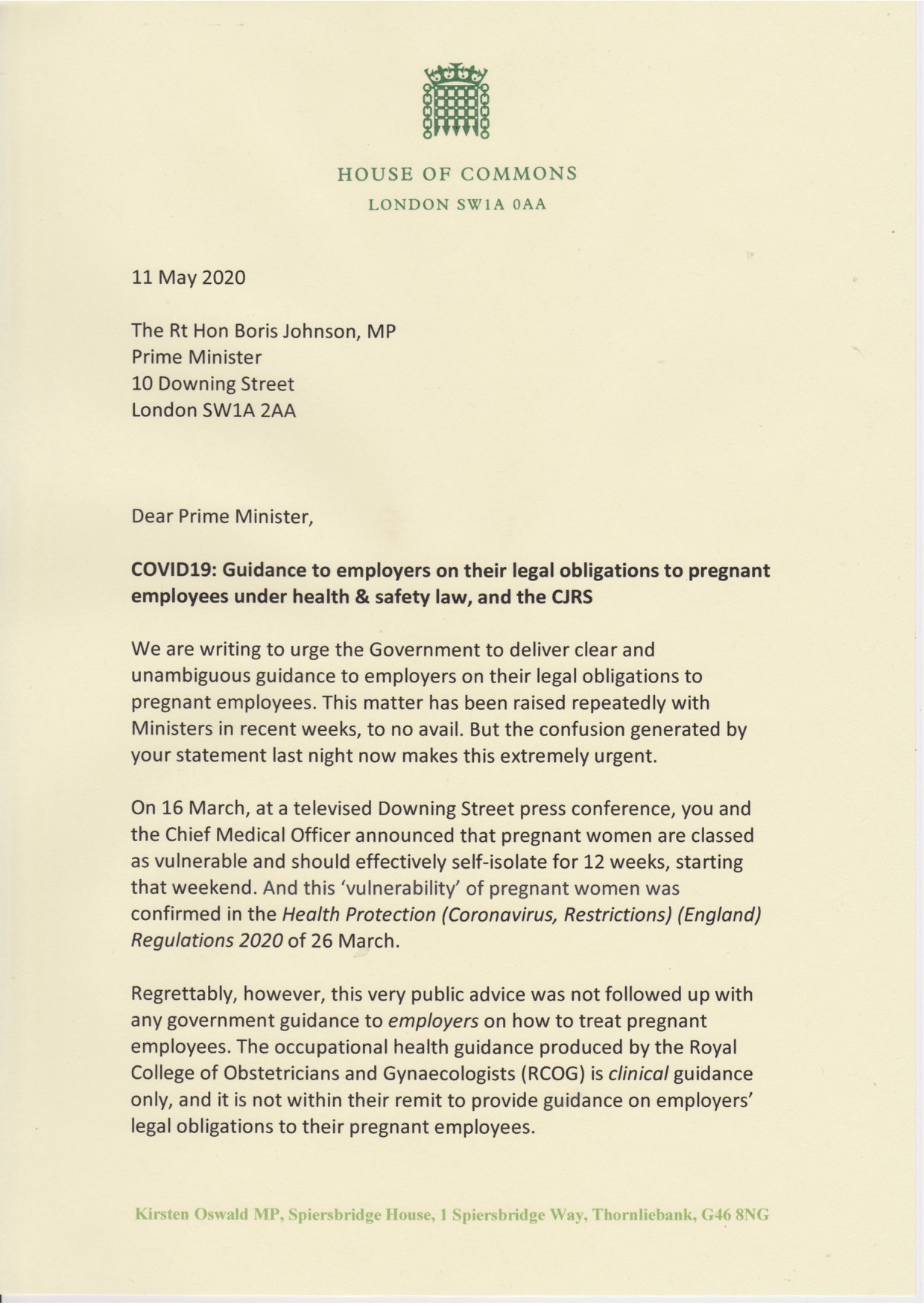 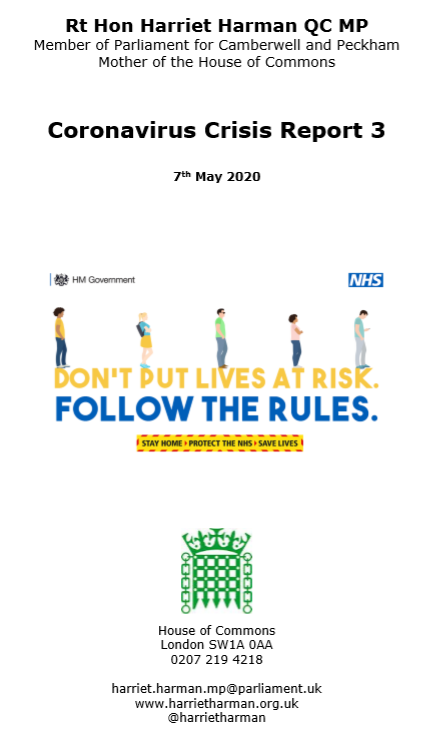 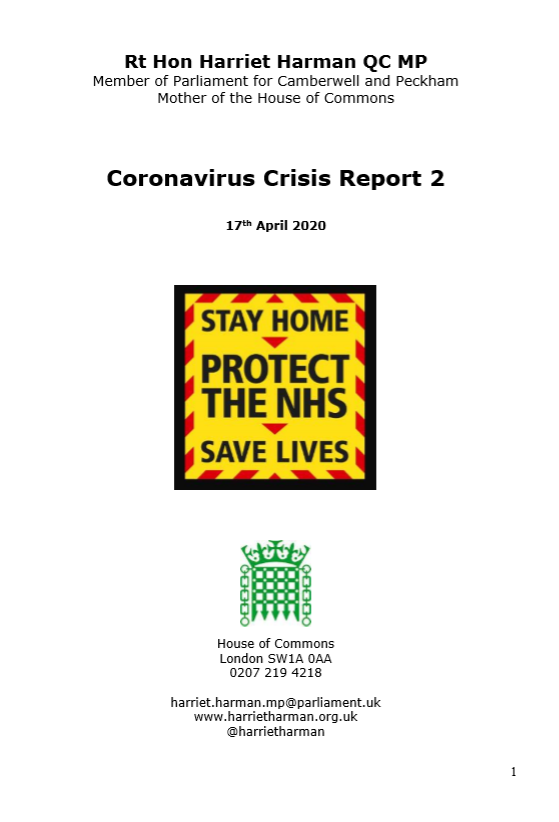