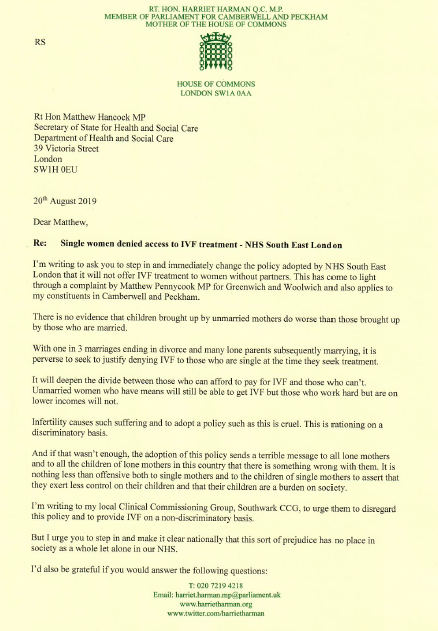 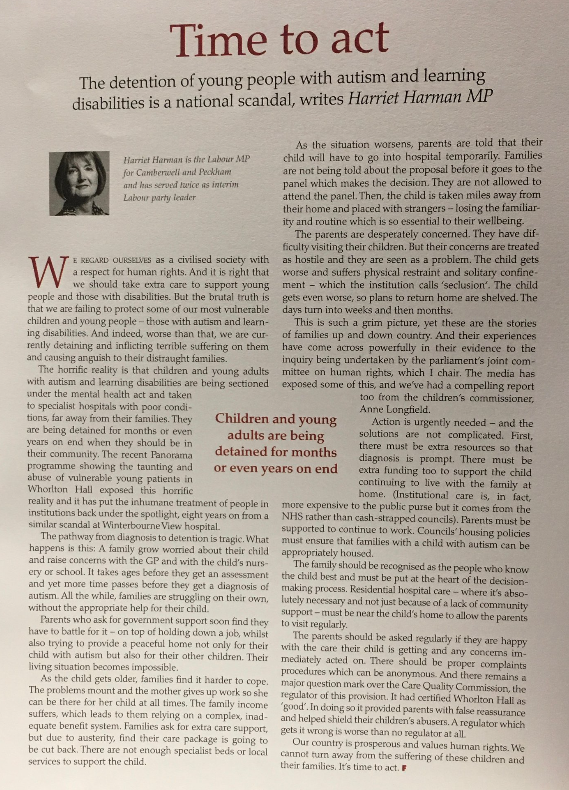 We regard ourselves as a civilised society with a respect for human rights. And it is right that we should take extra care to support young people and those with disabilities. But the brutal truth is that we are failing to protect some of our most vulnerable children and young people - those with autism and learning disabilities. And indeed, worse than that, we are currently detaining and inflicting terrible suffering on them and causing anguish to their distraught families.

The horrific reality is that children and young adults with autism and learning disabilities are being sectioned under the mental health act and taken to specialist hospitals with poor conditions, far away from their families. They are being detained for months, or even years on end when they should be in their community. The recent Panorama programme showing the taunting and abuse of vulnerable young patients in Whorlton Hall exposed this horrific reality and it has put the inhumane treatment of people in institutions back under the spotlight, eight years on from a similar scandal at Winterbourne View hospital.

The pathway from diagnosis to detention is tragic. What happens is this: A family grow worried about their child and raise concerns with the GP and with the child’s nursery or school. It takes ages before they get an assessment and yet more time passes before they get a diagnosis of autism. All the while, families are struggling on their own, without the appropriate help for their child.

Parents who ask for government support soon find they have to battle for it - on top of holding down a job, whilst also trying to provide a peaceful home not only for their child with autism but also for their other children. Their living situation becomes impossible.

As the child gets older, families find it harder to cope. The problems mount and the mother gives up work so she can be there for her child at all times. The family income suffers, which leads to them relying on a complex, inadequate benefit system. Families ask for extra care support, but due to austerity,  find their care package is going to be cut back. There are not enough specialist beds or local services to support the child.

As the situation worsens, parents are told that their child will have to go into hospital temporarily. Families are not being told about the proposal before it goes to the panel which makes the decision. They are not allowed to attend the panel.  Then, the child is taken miles away from their home and placed with strangers - losing the familiarity and routine which is so essential to their wellbeing.

The parents are desperately concerned. They have difficulty visiting their children. But their concerns are treated as hostile and they are seen as a problem. The child gets worse and suffers physical restraint and solitary confinement - which the institution calls ‘seclusion‘. The child gets even worse, so plans to return home are shelved. The days turn into weeks and then months.

This is such a grim picture, yet they are the stories of families up and down country. And their experiences have come across powerfully in their evidence to the inquiry being undertaken by the parliament’s Joint Committee on Human Rights, which I chair. The media has exposed some of this, and we’ve had a compelling report too from the Children’s Commissioner, Anne Longfield.

Action is urgently needed – and the solutions are not complicated. First, there must be extra resources so that diagnosis is prompt. There must be extra funding too to support the child continuing to live with the family at home. (Institutional care is, in fact, more expensive to the public purse but it comes from the NHS rather than cash-strapped councils). Parents must be supported to continue to work. Councils’ housing policies must ensure that families with a child with autism can be appropriately housed.

The family should be recognised as the people who know the child best and care for him/her the most and must be put at the heart of the decision-making process. Residential hospital care - where it’s absolutely necessary and not just because of lack of community support - must be near the child’s home to allow the parents to visit regularly.

The parents should be asked regularly if they are happy with the care their child is getting and any concerns immediately acted on. There should be proper complaints procedures which can be anonymous. And there remains a major question mark over the Care Quality Commission, the regulator of this provision. It had certified Whorlton Hall as ‘good’. In doing so it provided parents with false reassurance and helped shield their children’s abusers. A regulator which gets it wrong is worse than no regulator at all.

Our country is prosperous and values human rights. We cannot turn away from the suffering of these children and their families. It’s time to act.

This article originally appeared in the Fabian Society Review, July 2019.

We regard ourselves as a civilised society with a respect for human rights. And it is right that we should take extra care to support young people and those with...

Most of us are starting to change what we can day to day to minimise the harm we inflict on the planet and tackle climate change, whether it’s stopping using plastic carrier bags and disposable coffee cups, doing more recycling, using less water, driving less, or cutting down on our food waste.

Hundreds of Southwark people have contacted me about this and I’ve been so encouraged by the thousands of young people who’ve taken to the streets over the past few months to protest and demand government action on the climate crisis.

Southwark Council were one of the first councils to declare a climate emergency and this month they hosted their first Climate Change Summit, bringing together local residents, NGOs like Greenpeace and central government officials to develop a plan to ensure by 2030 Southwark achieves ‘carbon neutrality’ which means we are removing as much carbon dioxide from the atmosphere as we’re putting in.

But the good work of individuals, charities and Southwark Council will never be enough. It needs government action.

The science shows that unless governments back up local work and take strong action on climate change within the next 12 years, it will be too late.

The consequences of unchecked climate change would be catastrophic.  It's already a reality for millions of people around the world – with more wildfires, longer droughts and intense tropical storms. And it is the poorest and most vulnerable people who are always hit hardest. Climate change is forcing increasing numbers of people to abandon their homes and farms and become climate refugees. Last year, climate change displaced 16.1 million people. It is estimated that, by 2050, between 150 to 200 million people are at risk of being forced to leave their homes because of droughts, rising sea levels and extreme weather conditions.

Our government urgently needs to play its part in leading action against climate change. Everything the Government and Parliament does must be judged by whether we are making progress on reducing harmful carbon dioxide emissions.

Labour has been leading the fight against climate change in Parliament. In May this year we voted to make the UK Parliament the first in the world to declare an “environment and climate emergency”.

But in the 2 months since then the Government has not taken any decisive action.

The UK is still not on track to meet our targets to cut our use of harmful coal and gas by 2030.

The Government must use all their powers to achieve this – by increasing the use of clean energy sources such as wind and solar power, stopping big supermarkets using low grade and single use plastics, investing in buses, walking and cycling to cut car use and by making bus travel free for under 25s.

The children leading the climate change school strikes have made a powerful case. They are right to be worried about the kind of planet they will inherit.

We stand in solidarity with them. Their action is a wake up call to the Government and to all of us as MPs. We can see the science. It is our responsibility now to act.

We have the science. Now it's time for the Government to act on climate crisis

Most of us are starting to change what we can day to day to minimise the harm we inflict on the planet and tackle climate change, whether it’s stopping using...

Everybody needs to use the internet and apps now for everything they need to do including to apply for jobs or get the benefits they are entitled to. As Chair of the Human Rights Committee I’m leading an inquiry into how we can protect people from human rights abuses as companies carry out extensive gathering of people’s personal data through their use of the internet. It is unrealistic to expect individuals to know about the risks they are taking, the risks to privacy and discrimination, and what steps companies and government should take to protect them. It cannot be down to the individual to know about this. There has to be a very strong regulatory regime. We will report later this year.

Protecting People’s Right to Privacy in the Digital Revolution

Everybody needs to use the internet and apps now for everything they need to do including to apply for jobs or get the benefits they are entitled to. As Chair... 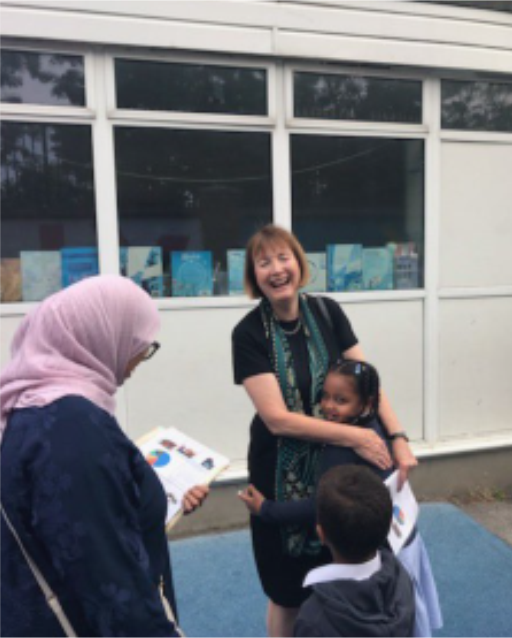 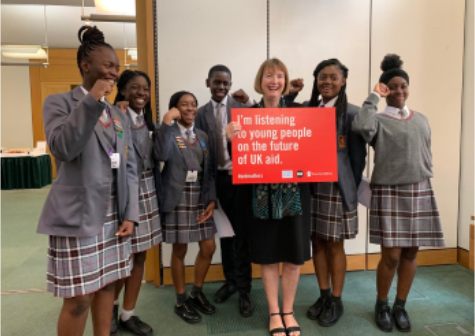 Important and powerful case made by Sacred Heart students in Parliament for UK overseas aid to support communities hit by climate change, conflict & famine. I’m backing them all the way on this!

Important and powerful case made by Sacred Heart students in Parliament for UK overseas aid to support communities hit by climate change, conflict & famine. I’m backing them all the way on this!... 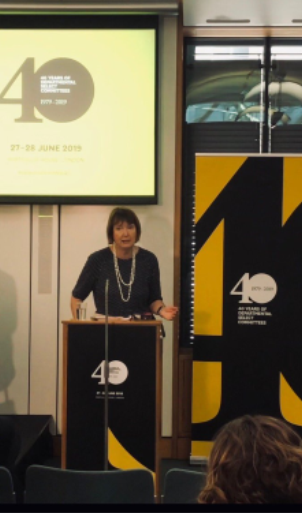 Parliamentary Select Committees are in the ascendancy, carving out a powerful new role in our Brexit-riven Parliament. Led by so-called ‘big beasts’ including Yvette Cooper, Hilary Benn & Sarah Wollaston they have grown in authority. This has been an invaluable rebalancing between the Government & Parliament—in Parliament’s favour.

Parliamentary Select Committees are in the ascendancy, carving out a powerful new role in our Brexit-riven Parliament. Led by so-called ‘big beasts’ including Yvette Cooper, Hilary Benn & Sarah Wollaston... 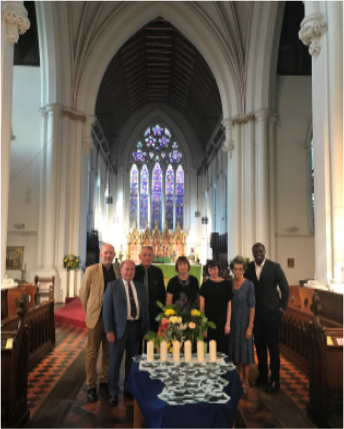 Moving service at St Giles Church for the 3 women & 3 young children who lost their lives in the Lakanal House fire in 2009 & for all those affected by the tragedy. Thanks to Dave Lewis, Sceaux Gardens Tenants' Association & local councillors Ian Wingfield, Radha Burgess & Jason Ochere for their support to the community.

Moving service at St Giles Church for the 3 women & 3 young children who lost their lives in the Lakanal House fire in 2009 & for all those affected... 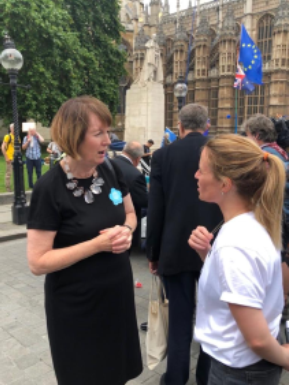 Impossible to overstate the importance of tackling climate change. Thanks to everyone who came to Parliament to demand action!

Impossible to overstate the importance of tackling climate change. Thanks to everyone who came to Parliament to demand action! Read my South London Press article here. 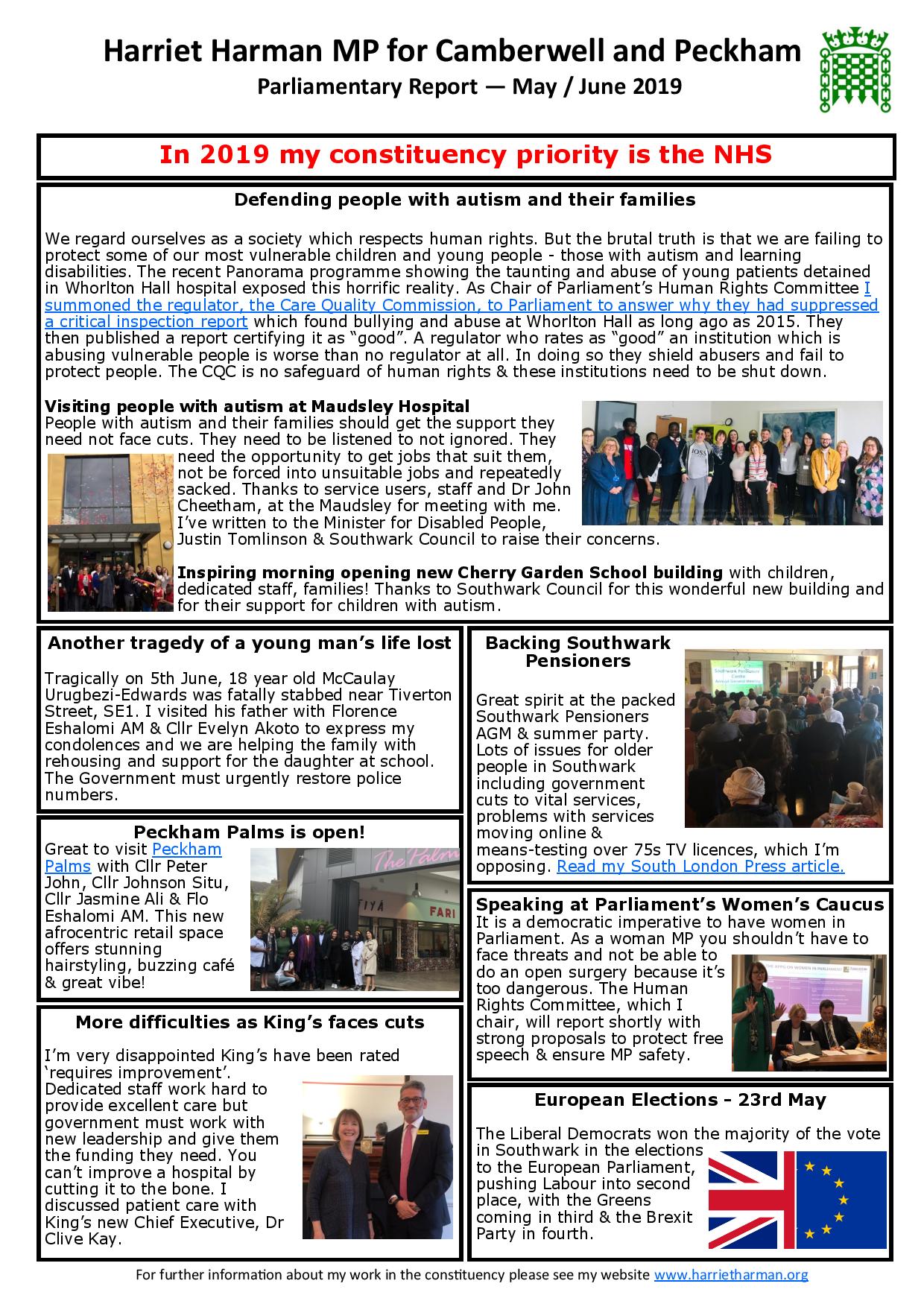